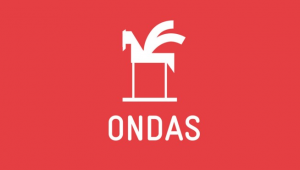 On its 20th anniversary, PONTE…NAS ONDAS! received the 2014 Ondas Prize for the best informative coverage

The most prestigious awards in Spain in radio, television, music and advertising recognize the work of the Cultural and Pedagogical Association PONTE…NAS ONDAS!

This prize arrives when 20 years of activity are being celebrated. The jury evaluated the intense work of PONTE…NAS ONDAS! which integrates into educational work the active work with communicative media, TICs and cultural heritage. Throughout these two decades it has produced discs and books such as Meniños Cantores (Singing Little Ones), Cores do Atlántico (Colors of the Atlantic) and Na ponte (On the Bridge).

PONTE…NAS ONDAS! dedicates this prize to the students from educational centers who are the main characters in the communicative conference that has happened annually for 20 years, and of the multiple pedagogical events that the association has promoted. Also, to the professors whose indefatigable labor has made it possible for this experience to be successful. The association extends also its gratitude to the professionals in the media who throughout the years have collaborated in the initiative and to all of the people who have been involved in each activity and who pass along the bridge.

Here you can see the acceptance speech during the awards ceremony