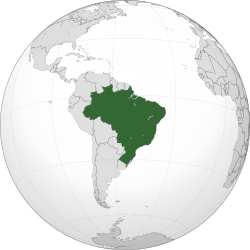 The Colégio Pedro ii, located in Rio de Janeiro, knew the experience of Ponte… nas Ondas! during their first visit on a representation, in 2000. Since that moment, this school has participated in different editions of communication workshop. Other schools like Escola Francisca Leite or Escola Teodosio Oliveira Ledo, both located in Boa Vista, have realized activities for Ponte… nas ondas!.

In 2004, on the occasion of the x anniversary of Ponte… nas Ondas!, the Orchestra Gente que Encanta of the High School Beradéro from Paraíba visited Galicia and the North of Portugal. They realized many activities at schools and institutions, and they also did performances on the Galician TV.

In 2011, Ponte… nas Ondas! was invited to participe in the 3rd Congresso de Graduaçao y Pesquisa of the Paraíba State University in Campina Grande. At this Congress, an exposition of the developed work with the Galician-Portuguese intangible heritage was realized. The teacher Ria Leamaire and the Paraibana actress Lourdes Ramalho were at the session.

In 2014, the editorial Latus of the Paraíba State University publish, to the whole country, the CD/Book Cores do Atlântico (“Atlantic Colours”), after being edited by Ponte… nas Ondas! for Galicia and Portugal.

In 2017, the xix World Congress of Social Educators invites Ponte… nas Ondas! to expose their experience in one of the sessions of the congress celebrated at the University of Campinas. 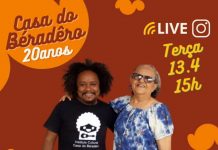 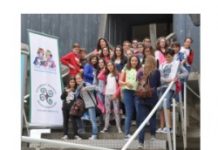 The organizing highlight that the pedagogical intercultural practice of PNO ! deserves to be disclosed to educators all around the world. 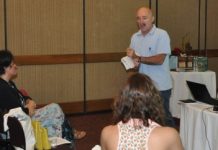 In 2011 Ponte…nas ondas! was invited to participate on the 3rd Congresso de Graduaçao e... 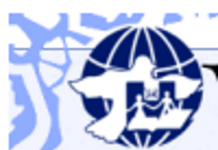 8th Meeting of the Schools Associated to UNESCO

In 2001 Ponte…nas ondas! participates at the 8th Meeting of the Schools Associated to UNESCO... 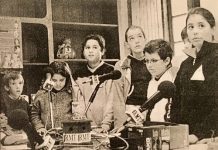